While enthusiasm for the southern cause during the Civil War was lukewarm among family household leaders like Thomas Alexander Paysinger and Benjamin Peeples, their children, siblings, cousins, and other relatives were sometimes much more motivated and involved. No family member embodied belief in the Confederacy more than cousin Isham G. Harris, the governor of Tennessee who led the state to secede from the United States at the start of the war. 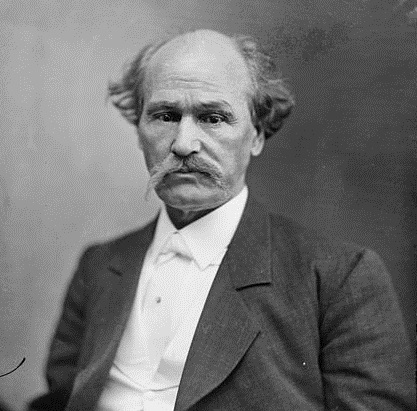 Isham G. Harris while serving as a U.S. Senator late in his career. Library of Congress photo.

The Harris family was tightly wound up with the Randle, Davidson, and Thompson families. END_OF_DOCUMENT_TOKEN_TO_BE_REPLACED 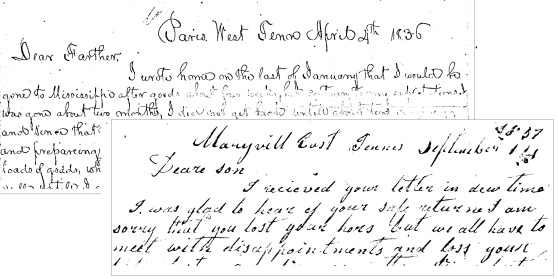 Old family letters are a precious find, providing more insight into the people of our past than any number of government records. Letters from the 19th century are particularly scarce as literacy was far from universal and the passage of time with its attendant wear-and-tear has consumed fragile paper.

Somewhere, however, there is a cache of letters from the Thompson family of Maryville, TN. The files of Mary Sue Ragland Nelson contained photocopies of two of them, one written in 1836 from the merchant William H. Thompson of Paris, TN, to his father William living in Maryville, the other written in 1837 to William H. from his mother Rebecca. END_OF_DOCUMENT_TOKEN_TO_BE_REPLACED

Mary Sue (Ragland) Nelson is remembered as one of the most energetic and capable recent members of the family. Born in 1907 as the granddaughter of prominent Henry County businessman Ben Thompson and great-granddaughter of the pioneer Methodist minister Benjamin Peeples, she lived her entire life in Paris, Tennessee, excepting only the years she spent earning a degree at Randolph Macon Women’s College in Virginia (she was the second of three generations of the family to attend this school).

Mary Sue was raised by her mother and grandparents in the spacious Thompson house in downtown Paris. Her parents divorced when she was young, and her father returned to his family in Kentucky where he remarried. Later in life Mary Sue rejected his overtures END_OF_DOCUMENT_TOKEN_TO_BE_REPLACED 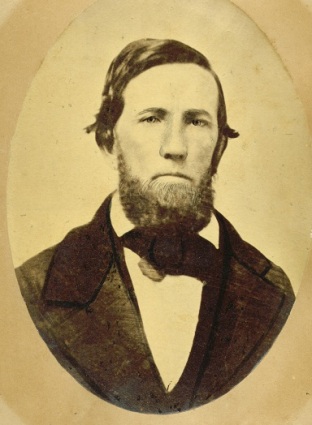 Unlike many of the family’s 19th century Tennessee ancestors, when William Harrison Thompson left the family home near Maryville, TN and headed west, he did not simply find some untilled land and set up a farm. Instead, when he arrived in Henry County, Tennessee in 1835 he went into business. According to the book Tennessee and Tennesseans, William bought goods in Philadelphia and shipped them over the Pennsylvania canal to Pittsburgh where they were loaded on steamboats and flatboats to travel down the Ohio River and up the Tennessee River. Unloaded at Paris Landing, he then took the merchandise to Paris, Jackson, Trenton, or Dresden for sale. He was apparently very successful, as he invested the proceeds from this trade in land both in the city of Paris as well as in the farming community of Mansfield where William eventually established a plantation and factories for producing cotton yarn and chewing tobacco.